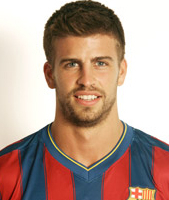 It seems that Gerard Piqué has been around for ages in the Spanish squad, but in reality the 23-year-old only came to the fore after Spain's victory in Euro 2008. Piqué shined for Spain's youth international sides, but after a loan period at Zaragoza, Barcelona surprisingly let him go to Manchester United, where he had problems getting in to the first team.

However a return to the Nou Camp changed all that, and Piqué is already considered to be one of the best defenders in La Liga. Tall, strong, and as good on the ball as he is in the air, this World Cup could be his confirmation as one of the world's finest. 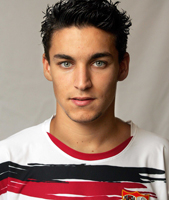 Problems with his nerves have held him back up to now, but the Sevilla midfielder seems to have got over that and is starting to show his real quality.

A nippy winger who can also score goals, Navas might not start many games in this World Cup but he may well be needed if the chips are down.

His goal against the Korean Republic a few days ago proved that he is finally ready for the big stage. 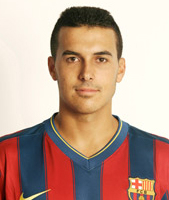 Canary Island born Pedro was playing third division football in Spain only a couple of seasons ago, but his amazing form this year has forced his way in to the Barcelona starting line up and now in to the national squad ahead of many more experienced candidates.

The Barça forward has set a record which may never be matched, scoring in six different competitions for his club this season, and after opening his account for Spain against Poland as well he only needs to get his name on the scoresheet in the World Cup to become a legend.