Firstly, please accept my sincere congratulations on your great and historic World Cup victory. I am certainly delighted and honoured that it was in my country, South Africa, that Spain achieved this fine and memorable football glory. We in SA will always remember Spain in 2010. Not only because your fine team won the World Cup, but also because your boys did it in such fine style. There can be NO argument that throughout the tournament Spain was the very best team in the World Cup, and so there is NO debating the fact that they were the BEST and MOST DESERVING team to win the trophy.

Personally, I have always liked soccer, but it has not been my first love in terms of sport. I have been involved for many years in rugby. (In fact, in 2001 while working for the South African Rugby Union, I was part of the management of the first-ever national rugby team to visit Espana, when our country’s National A-team played against Spain’s national team in Sevilla). That was my only visit to Espana, but given the chance I would visit your country as many times as possible. Because it’s a country of beautiful scenery, beautiful places, beautiful people – and of course, beautiful football.
So, having been essentially a rugby man, this past World Cup in my country has offered me (and millions of my compatriots) the opportunity to get closer to the game of football – and of course to the various countries’ national teams. We have learnt and got to know most of the world’s stars, from several of the top countries. But for me, none of them have made as big an impression as the Spanish boys!!

Besides the football that they played, which was brilliant and beautiful all of the time – their behaviour, their friendliness, their reputation and the way they served as ambassadors for your country, were what made them the most awesome team in the World Cup. We as South Africans were truly privileged to have been able to host Vicente del Bosque, Iker Casillas and their team in our country, and we will welcome them back here ANYTIME!!!! They are wonderful people. Supremely talented, amazingly advanced, and so modest and humble in victory. A true World Champion Team. As I said, it is such a privilege that South Africa, and especially our National Stadium, Soccer City, was the place where Spanish Football received its first World Crown. Long may that crown remain on Spanish Heads.

I would like you to know that I regard myself as the biggest Spanish supporting South African in the world, and I thank the boys for gracing our football fields and our cities and towns in South Africa. I am proud and happy that South Africa will have mainly happy memories for Spanish Football, and I look forward to welcoming Spanish footballers – and indeed any Spaniards into my country at any time. You are ALWAYS welcome and we love you lots.
Please would you register me as an official fan of Spanish football. I am proudly South African, first and foremost – but outside of my own team, Bafana Bafana, I can tell you proudly that Spain’s Football Team has a very major place in my heart. Viva Espana!!!
JG 16/07/10 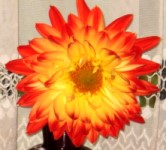 I just like to congratulate the spanish national team and the all people of spain. Your win was a victory for the football. The dutch team have destroyed their reputation for years to come. I´m happy for and with you
AM 14/07/10

As a life member of the Fiji Football Association I send you my most sincere and hearty congratulations on winning the 2010 World Cup football series. Your team played an exciting style of football that was a pleasure to watch. All the best for the future of your team. Please pass my congratulations and best wishes to the team.
VK 13/07/10

NEVER - have I ever seen or heard such bias towards a football team by UK television pundits as witnessed on Sunday during the world cup. In fact the whole of the United Kingdom seemed to be behind the Spanish team. The television commentators were absolutely delighted to see such pure and honest football talent shine and, ultimately, conquer. The talent, skill, patience and sheer love of football by your players won the hearts and minds of the world. Without any doubt, the best team throughout the tournament won. Muy bien. Enjoy your glory Spain - you have earned it !!!!
AW 13/07/10

I have watched most of the games of the recent World Cup on TV here in Western Australia, and without any doubt, Spain was to me at any rate the best and most entertaining team to watch, in contrast to some of the play these days, particularly early in this competition. The Spanish team showed lovely flowing play, superb passing skills, and ability to change the pace of the game, all of which in my mind made them by far the best team in the competition and worthy winners. Congratulations to all concerned.
DR 13/07/10

I watched the final game of the world cup and here is my comments: 1- The Referee was intentionally attacking the mood of players and their confidence especially that of Holland. 2- In many occasion the referee did not check the Spaniards who regularly were faking fouls especially near or inside 18 yards and most of the time he took wrong decisions about faking. 3- He once gave advantage to a fake foul and then reversed his decision by giving yellow card after 20 seconds when the game was being played. 4- The player who made the so-called victory goal 10 second before was in full half side and therefore could not get the pass and make the goal. 5- It seems that the referee was selected intentionally to see that somehow Spain will make it through. This is visible in the FIFA officials even during the play. Overall Game quality 6 out of 10 Referee 2 out of 10 Your win was a shame and fake like 80% of the play of your team.
ME 13/07/10

Congratulations to the Spanish team and off course the Spanish people, (some of the nicest people you can met), they well deserve to be crowned World Champions at last.
GW 13/07/10

im a great fan of SPAIN!!!! im from INDIA it would be greatfull if your team would visit INDIA and which givus motivation to qualify for next fifa worldcup!!! go SPAIN GO!!! congratulations!!!!!!!!
GV 12/07/10

Congratulations to the team on their victory in the world cup. It was a victory for football against bully-boys.
AH 12/07/10

Congratulation for my favourite Spanish team reaching the final of the world cup. Now nothing should stop them from winning the cup. Viva La Furia Roja !!!
DS 09/07/10

Congratulations on reaching the final. You have done your country proud. To you and all visitors and fans – THANK YOU FOR COMING TO SOUTH AFRICA!! We certainly hope that the rest of your stay, especially Saturday, will be very good. You are a GREAT team with coaching / supporting staff.
RdeW 08/07/10

Wow! I just have to say what a stunning exhibition of football the Spanish players gave to the world yesterday! Their passing and ball control were sublime, a real thrill to watch and one could sense the passion and commitment with which the team played. And what a great goal! Watching the Spanish team last night, was like watching a graceful animal in motion, whereas the Germans played like a badly programmed machine.
I wish to thank the Spanish team for entertaining us with such great style last night (like a matador fighting a bull!) and wish them great success in the World cup final!
AB 08/07/10

I’m a South African and very much interested in Spanish football .I Love your style of play you have such wonderful teams. I think you have the best league in the world. You National team is marvel to watch. CASILLAS Xavi, Puyol, Pique, Ramos, Iniesta, Fabregas etc all these are good players and marvel to watch.
LN 07/07/10

To Whoever reads this i am a UK citizen and very rarely watch that much football however a while back i watched a game in the european championships that spain were playing, what i saw left me with my mouth open for most of the game, i cant remember who they were playing, and to be honest it isnt important, just watching Spain play football was enough, the grace of the team, the connection between each and every player, their skill individually and as a team was something i have never seen in English Football, and the way in which they represented their country was something to be envious of, they are true Ambassadors of Football, Spain in my opinion show what is meant by the term "the beautiful Game".
This World cup the team i am hoping will go all the way to the finish is Spain, yes it would be nice if England won it, but i actually want Spain to win it, i think if any team deserves to its Spain, not just for how well you play football but how you act on the Pitch. My sincerest hopes are that you win the world cup and thankyou for letting us see the true beauty that is in Football
Yours humbly
MM 26/06/10

Send your comments to comments@soccer-spain.com